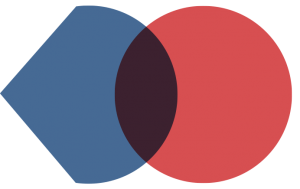 How Koinè Consult was born

Koinè Consult S.r.l. was born in 2013 thanks to the idea of some members who had had different experiences in the field of corporate consultancy, tax consultancy, auditing and accounting organization, mainly within medium-sized Italian companies.

This first-hand and direct experience “on the field” has helped raise Koinè’s awareness and knowledge about the possible needs, issues, strengths and weaknesses of its customers, and it also helped its members develop a more systematic and far-sighted approach.

Koinè aim is to provide its customers with an increasingly wider range of solutions and professionalism, so that several issues can be successfully tackled, such as difficulties in the company management, control, organization, etc., thus relieving a burden that has become heavier and heavier for companies in the last few years.

Providing a complete service is a founding principle and great strength of Koinè and makes it stand out.
By creating a unique working team with the companies’ staff, and collaborating with them in the pursuit of the same goal, a very wide range of solutions is devised and evaluated by all the stakeholders: partners, internal collaborators, and a network of external professionals, acting as a whole, can successfully meet various requirements.

CURRENT PARTNERS:
Tomaso Tinti – Tomaso Tinti – was born in Bologna in 1980. He graduated in Economics and Profession from University of Bologna and later attended a post-graduate degree course in Auditing and Internal Control at the University of Pisa. He worked as junior employee at Uniaudit S.p.A from February 2007 to September 2008, and from October 2008 to July 2013, he worked as senior employee in Hermes S.p.A. ,dealing with budget audit, corporate finance, administrative and accounting organization, internal control and M.o.G.. 231/01. He has been collaborating with the firm Studio Tinti Associati since 2006 for the accounting and managing Due Diligence in mergers and acquisitions, and he has been sole administrator of Koinè Consult S.r.l. since 2013. In 2013, he became a member of the national register of certified accountants and auditors – section of Bologna-, as well as of the register of statutory auditors. His main working areas are:

Alessandro Bastia – was born in Bologna in 1985. He graduated in Corporate Management cum laude from the University of Bologna, and he completed his professional internship at a renowned accounting and statutory auditing firm in Bologna from December 2007 to December 2010. He accomplished a second internship at the civil and bankruptcy section of the Court of Bologna from October 2009 to January 2011. He became a member of the national register of certified accountants and auditors – section of Bologna- in 2012. He is currently a member of Bologna’s national register Commission dealing with “The features of recession due to over-indebtedness and civil insolvency“.
His main working areas are:

He also works for the Court of Bologna as insolvency practitioner and expert in over-indebtedness (O.C.C. ).